Lack of understanding of Industry 4.0 will hold back UK manufacturing 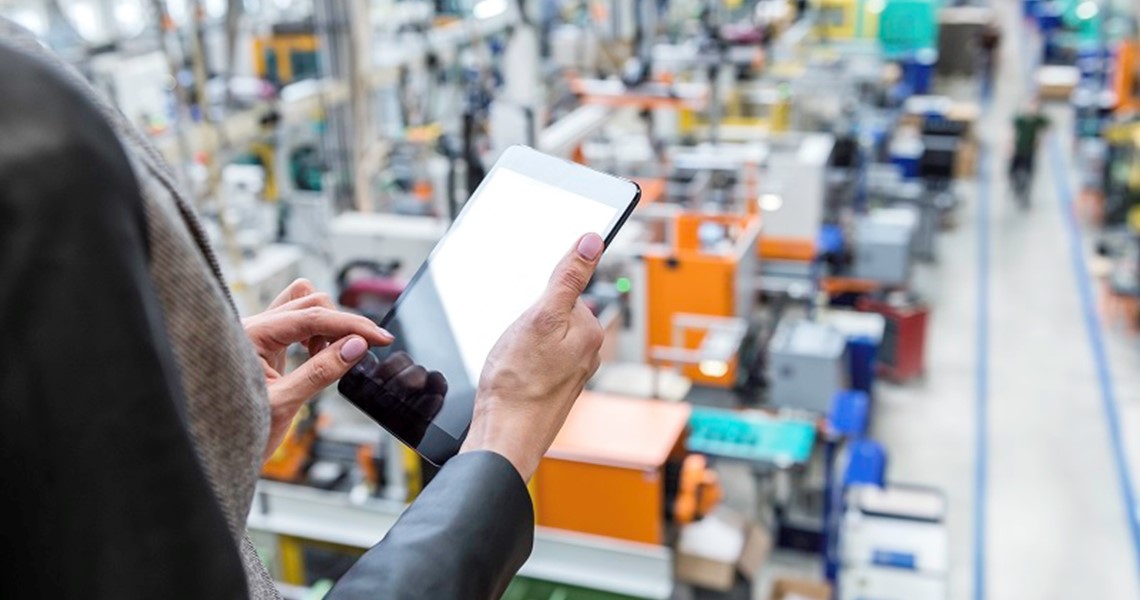 A new report by BDO in partnership with the Institution finds that there isn't enough understanding of Industry 4.0 by UK manufacturers.

Only 8% of UK manufacturers have a significant understanding of Industry 4.0 processes despite 59% recognising that the fourth industrial revolution will have a big impact on the sector, according to a new report published today by accountancy and business advisory firm BDO LLP in association with the Institution.

As the increasing use of automation, data exchange, technology and wider supply chain communications driven by Industry 4.0 provides both huge opportunities and threats to UK manufacturing, there remains a ‘gaping hole’ in the education and understanding of Industry 4.0.

According to the BDO Industry 4 0 Report, increased productivity, better data analysis, increased competitiveness and lower manufacturing costs are the top ways in which Industry 4.0 will affect UK manufacturing.

However, a third of manufacturers are at risk of falling behind global competition having not invested in Industry 4.0 related technology or processes in the last two years. Worryingly, a quarter say they have no plans to invest in this area in the next two years and 44% of those not investing said this was due to a lack of understanding.

64% of those surveyed said that production would be a key area when investing in automation systems and Industry 4.0 related technology, with 45% and 25% respectively saying research and development and logistics were key areas of focus. Only 5% said poor investment levels were due to the lack of external finance or grants.

From a security perspective, 73% of those surveyed said Industry 4.0 will increase the risk of cyber security breaches in their business and 48% of these felt they had an adequate IT infrastructure which could prevent breaches.

Tom Lawton, Head of Manufacturing at BDO LLP, said: “It is surprising to see such low awareness of Industry 4.0 amongst UK manufacturers and clearly more needs to be done to educate, support and assist the sector as we make strides into what is likely to become the fourth industrial revolution. UK manufacturers need to push ahead or they will be left behind, especially when it is evident other countries are already moving ahead of the game with education and investment programmes being much more clearly supported by government than in the UK.

“The lack of a clear strategy on what could be the most important development in manufacturing for some years is of huge concern. We would like to see the government doing more to match manufacturers’ long-term outlook by developing a 15-20 years industrial policy that avoids the disruptions of the political cycle.”

Philippa Oldham, the Institution's Head of Manufacturing, said: “The survey findings show that much more is needed to be done to help our manufacturers understand how technologies such as automation can add value to their businesses. By embracing this new revolution our factories will become much more intelligent, be able to detect and even predict faults in our production lines before they happen. This will not only lead to increases in efficiency and productivity but also drive out waste improving our global competitiveness.

“It is now time for government to set-out a clear long-term strategy which empowers UK companies to invest in these technologies and UK manufacturing’s long-term future.”

Industry 4.0 is a term first coined in Germany to refer to the digitisation of manufacturing, allowing German manufacturing to build on its competitive edge. It is often referred to as the fourth industrial revolution.

Previous event Will BREXIT be a Disaster for the UK?
Next event Breaking News… Finally, the Gartner Hype Cycle is defeated with Artificial Intelligence!